The estuary is a hostile environment for most plants because salt dominates. A few grow further back on the shore, where they live in a fluctuating environment of sea water and fresh water. These plants must cope with: 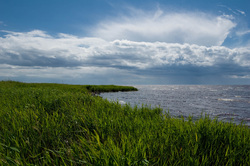 Smooth cordgrass is one of the most common forms of marsh vegetation found in Rhode Island salt marshes and is a vital plant species in the estuary. Often only a small amount of smooth cordgrass (fringe) is found extending from the high marsh to the water. However, smooth cordgrass also occurs in large fields, usually near the head of tidal creeks. This plant is important to marsh health due to the high volume of organic material it contributes during decomposition. In fact, smooth cordgrass is the most productive of the marsh grasses. Saltmarsh cordgrass is a tall, smooth grass ranging in height from 6 inches to 7 feet. Smooth cordgrass grows in three different sizes depending on its location in the salt marsh. It grows tallest near the water, is an intermediate size behind large cordgrass, and is shortest near the high marsh meadow grass. The shorter smooth cordgrass can often be found in areas of low elevation in the marsh. The flowering stalks resemble wheat and are arranged along one side of the stalk, similar to salt hay grass. Its leaves are thick and wide, and the root structure is strong and complex. 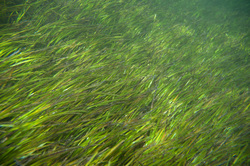 Seagrass is the only flowering plant in New Zealand capable of living submerged in sea water. Small and dark green, with a ribbon-like leaves this plants takes root in sandy silts throughout the
country. It firms entrnsive meadows that spread from just above the seagrass creep a few cenimeters beneath the mud. The plant is firm mat develops over time, sediments build up within and behind seagrass bed, and other flowering pants colonise the higher ground. 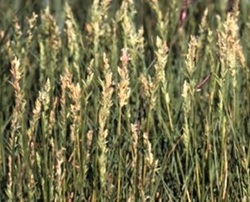 Spike grass, also known as salt grass and scientifically known as Distichlis spicata, is a short grass species that grows near and around marshland. It is the most common type of grass along the shoreline of estuaries.During maturity, the grass will stand tall and have a single budding flower at its tip. It can withstand salty environments, making it an ideal plant in estuaries, as the salt water distributes salt particles around the marshland and the shore land.

Purple loosestrife is a sturdy plant originating in Europe that made its way to North America during the trade and exploration era. The plant consists of a rigid stalk with matted root ends. The position of the roots prevents the plant from growing too tall. At full bloom, the top section of the plant grows purple flower buds.This hardy plant lives in marshland and near the shoreline. As with other estuary biome plants, the purple loosestrife can live in harsh environments and can easily colonize to the point that it will kill off other plants within its proximity. 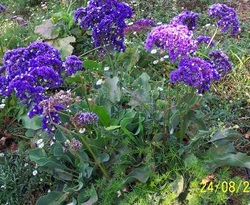 Also known as Limonium nashii, sea lavender grows during the summer months and is at full bloom in August. The plant grows to be about 12 inches and consists of small oval-shaped leaves. These plants are farthest away from the water in estuary biomes. They do not easily colonize, and depend on natural open space to grow. Depending on the space available, sea lavender can grow in groups or as single plants throughout the estuary biome. 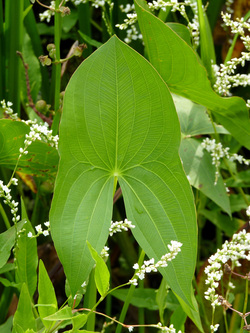 Aquatic plants are plants that have adapted to living in aquatic environments (saltwater or freshwater). They are also referred to as hydrophytes or aquatic macrophytes. These plants require special adaptations for living submerged in water, or at the water's surface - the most common adaptation is aerenchyma, but floating leaves and finely dissected leaves are also common. Aquatic plants can only grow in water or in soil that is permanently saturated with water. They are therefore a common component of wetlands.
Powered by

Create your own unique website with customizable templates.
Photos used under Creative Commons from renarl, Paul and Jill, Dendroica cerulea